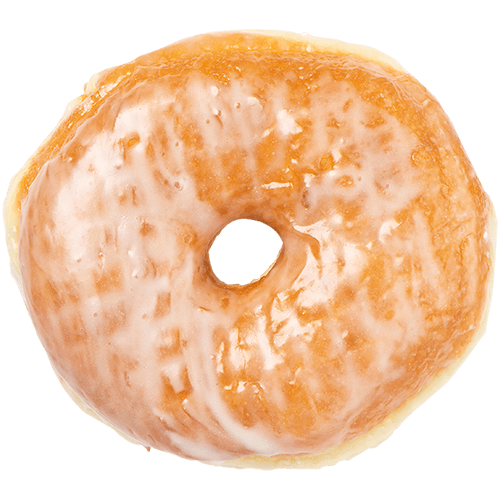 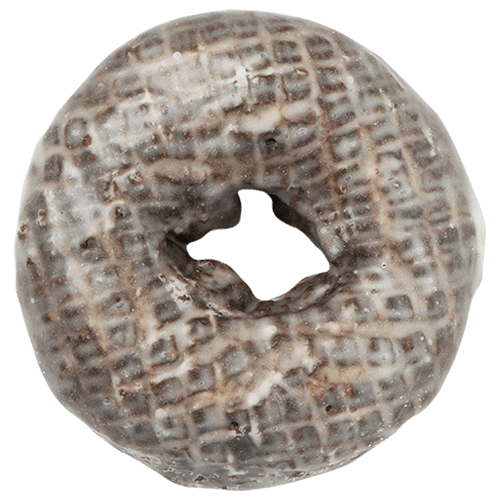 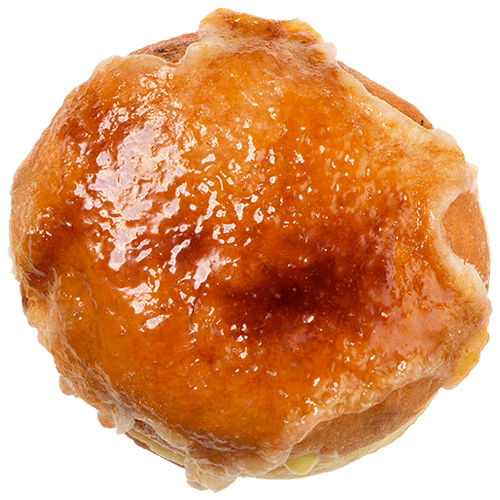 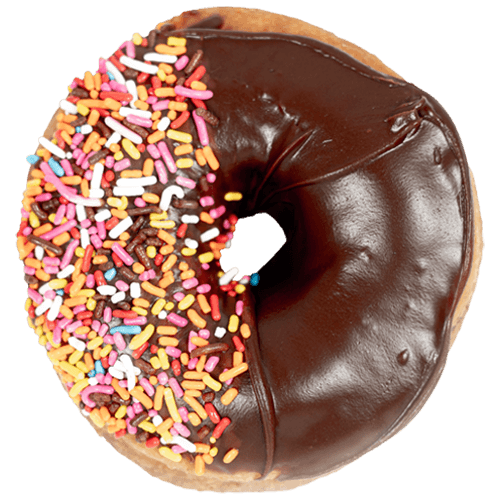 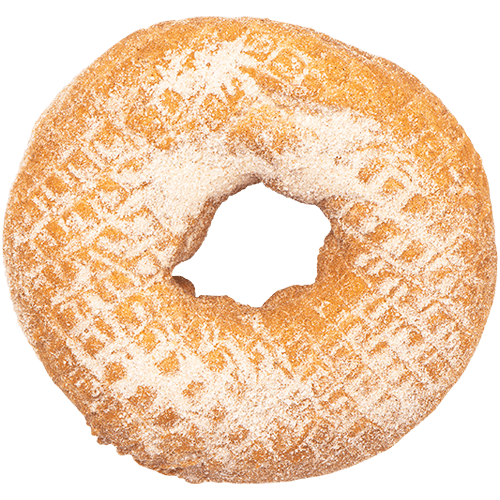 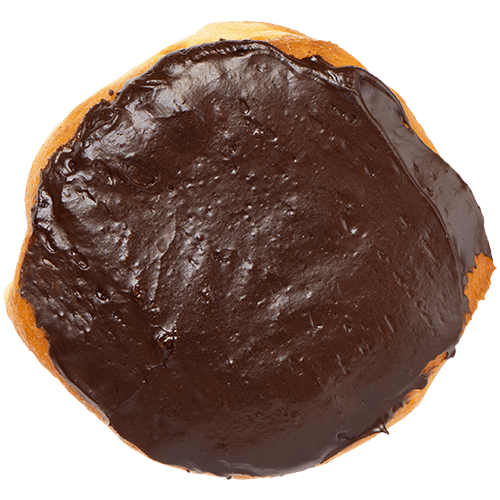 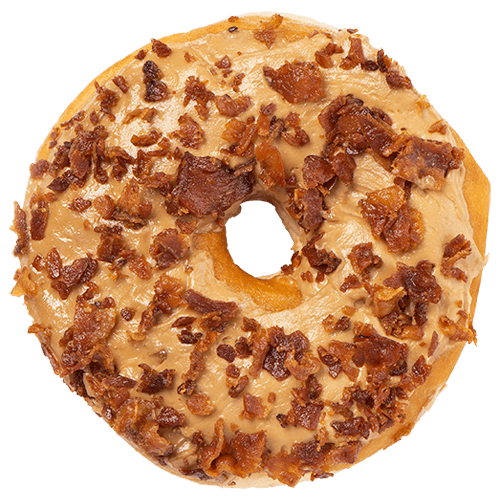 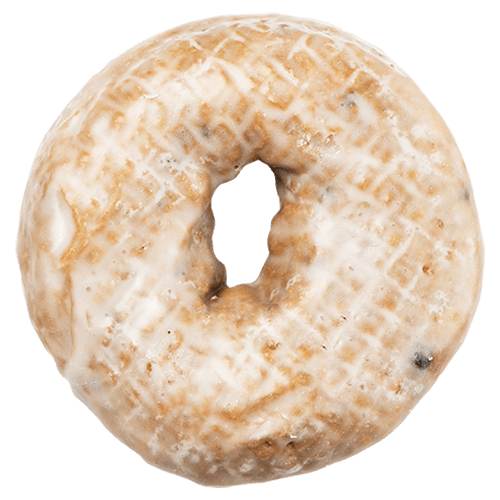 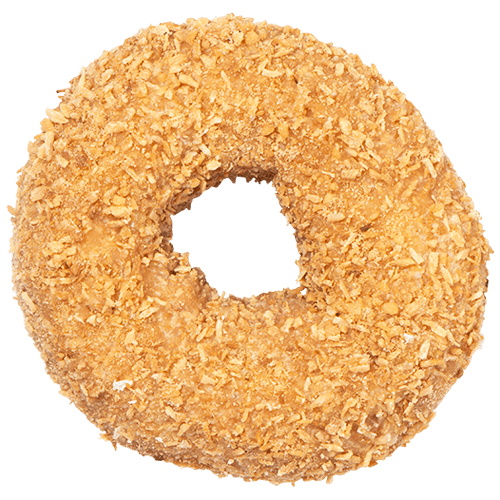 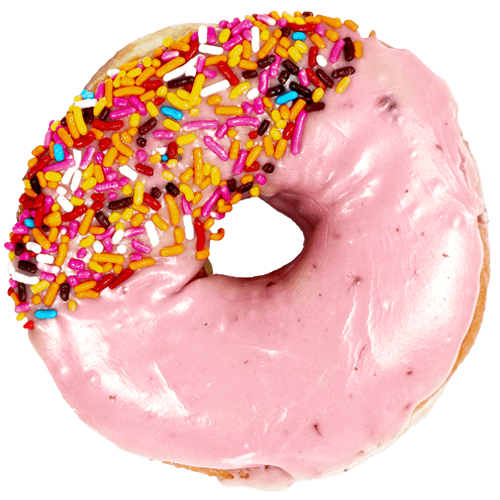 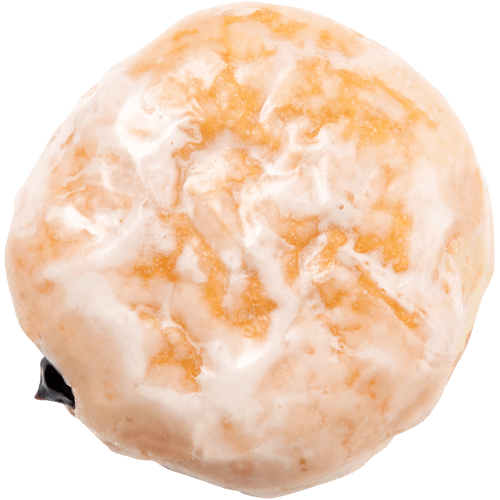 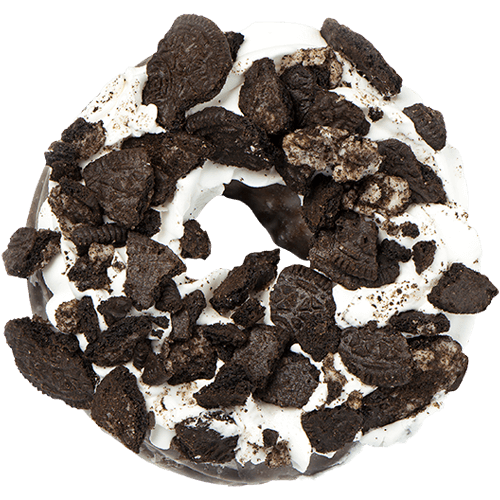 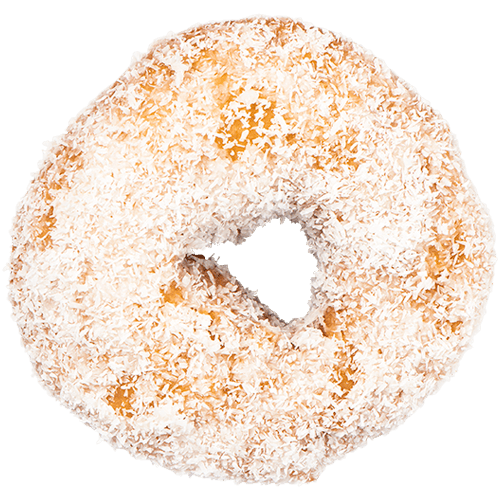 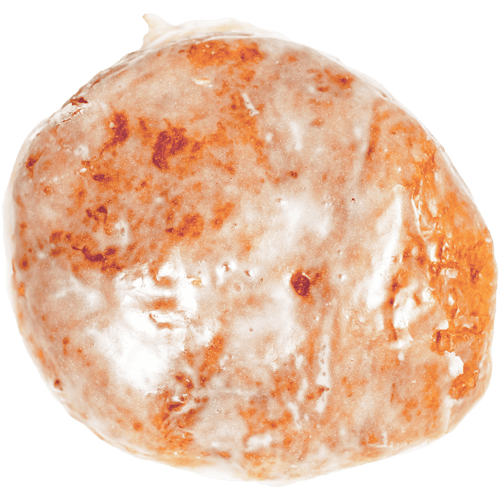 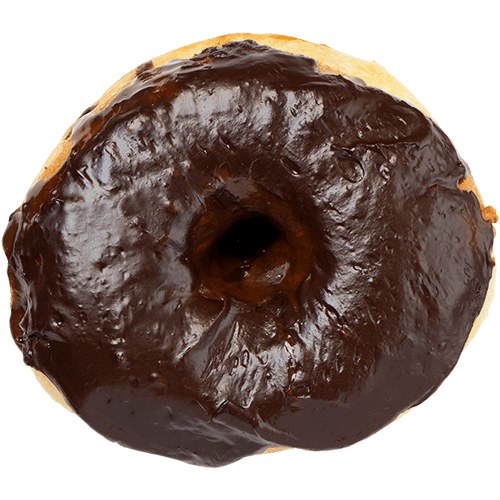 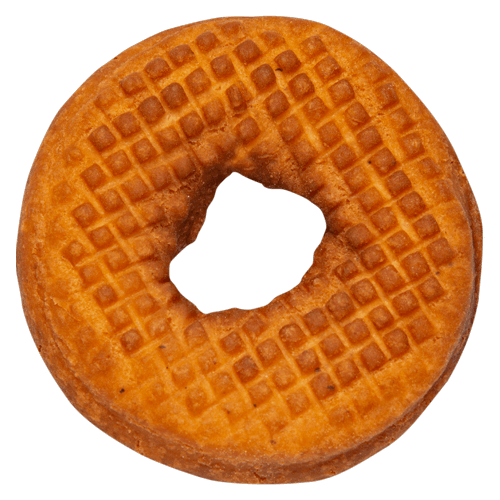 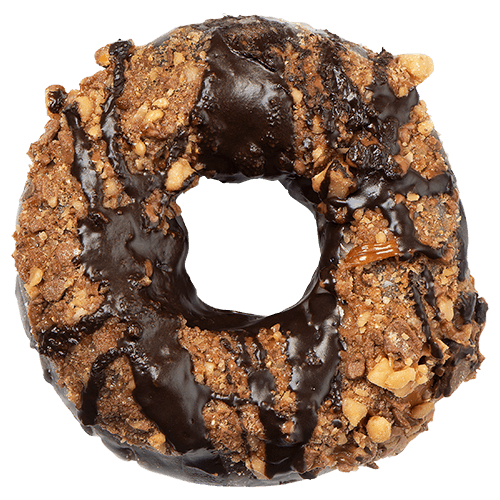 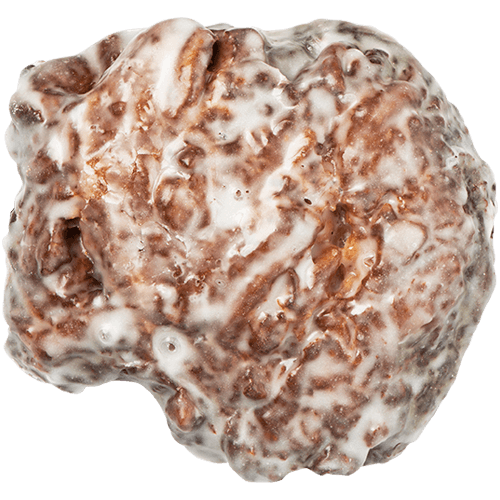 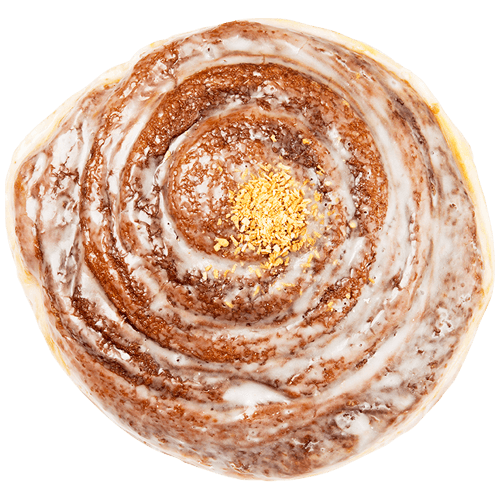 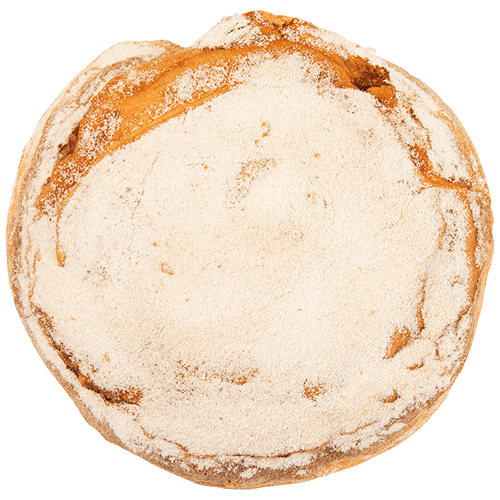 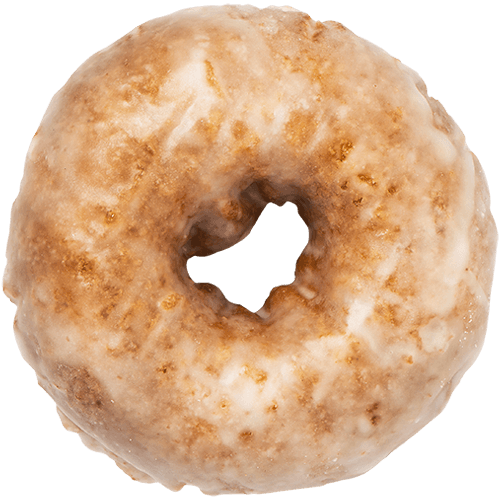 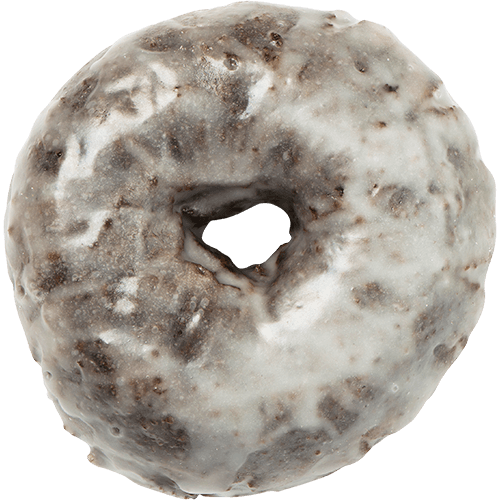 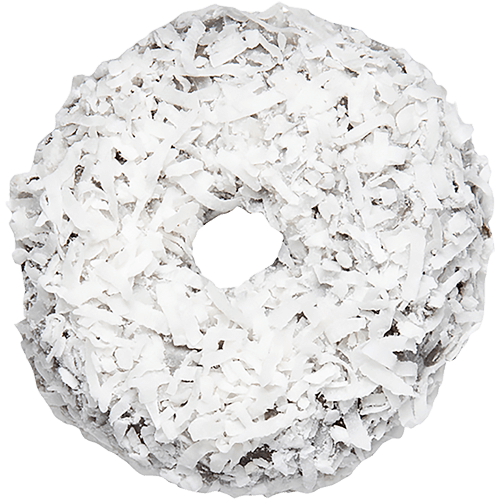 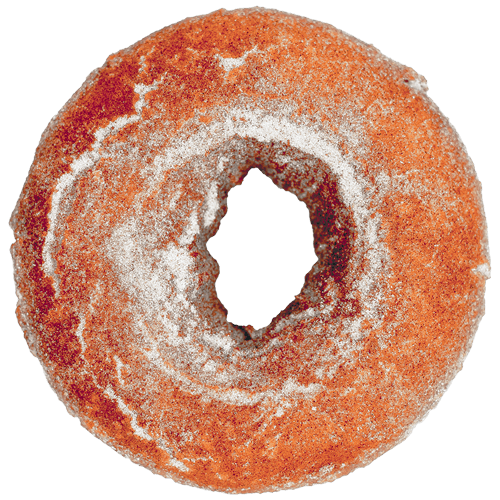 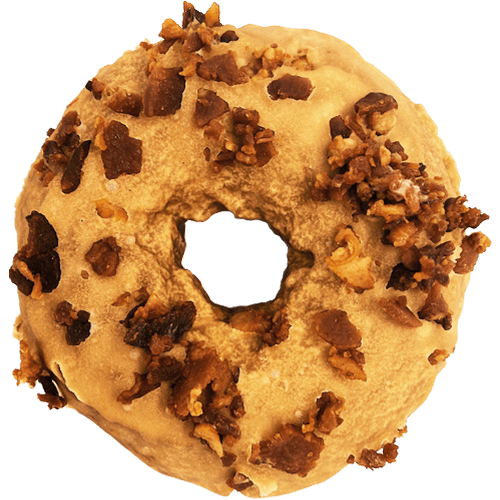 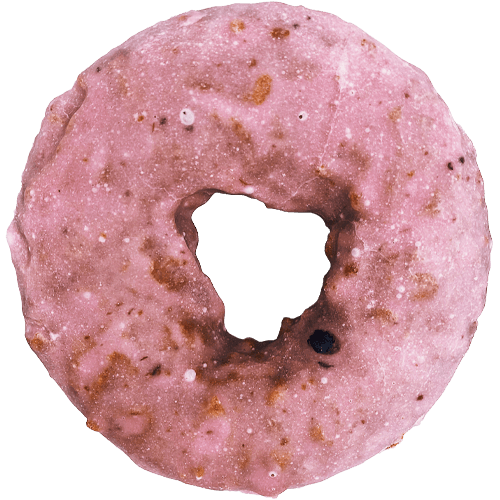 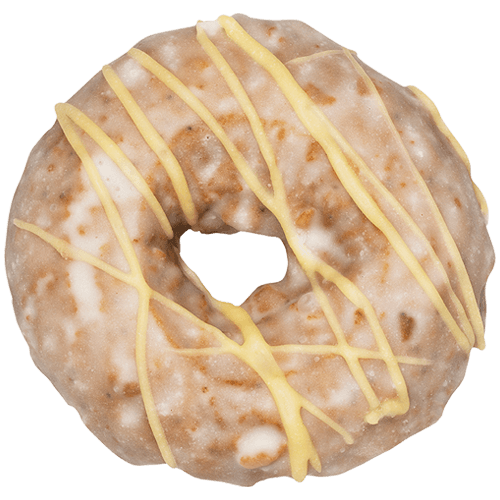 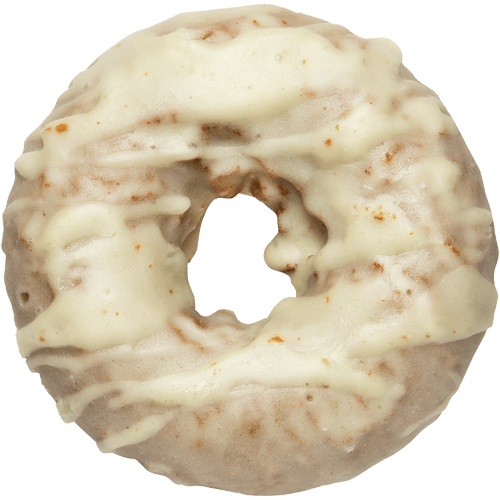 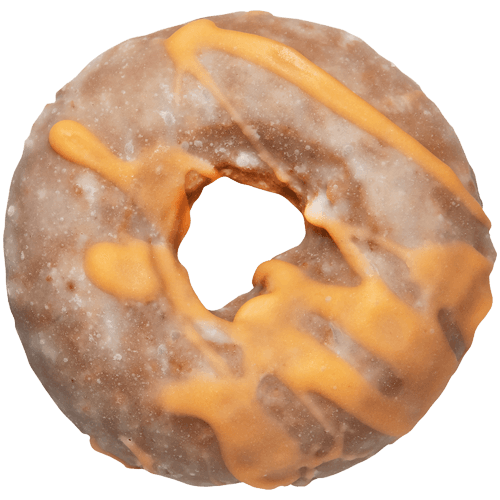 A donut style made with a sweetened dough that yields a firm texture that’s soft and cakey inside, and slightly crunchy on the outside. When they’re made well (and with high-quality ingredients like ours), cake donuts are an anytime dessert that’s never too heavy or filling.

Also called “raised donuts,” donuts made from a yeast-based, brioche-like dough that goes through a rise before being cut into shapes and cooked in a kettle. Notably light and airy, ours have a little chew; taste faintly of bread; and trick you into thinking you can eat two at a time.

Yeast donuts that haven’t been cut to have their holes removed before cooking, and that are injected with a cream or fruit-based filling.

Fluted rings of egg-based paté-choux dough, which we hand-drop into our kettles until they cook to gossamer-like perfection. Part soufflé, part eclair and every bit delicious, they’re topped with a generous blanket of Kanes’ signature honey glaze. A true house specialty.

A kettle-cooked pastry popular in the United States and Canada, often made from a rectangle of dough with a cut in the middle that allows it to be pulled over and through itself to produce a twist.

Vessel used to cook cake and yeast donuts for 2-4 minutes (which here at Kane’s we do by hand!) in oil that’s heated to roughly 400 degrees.

Choose your location for pickup.

*Kane's reserves the right to replace an unavailable donut in your order with one of our famous signature Honey-Dip Donuts.